Unions take on Amazon and Alphabet. Big tech watch out 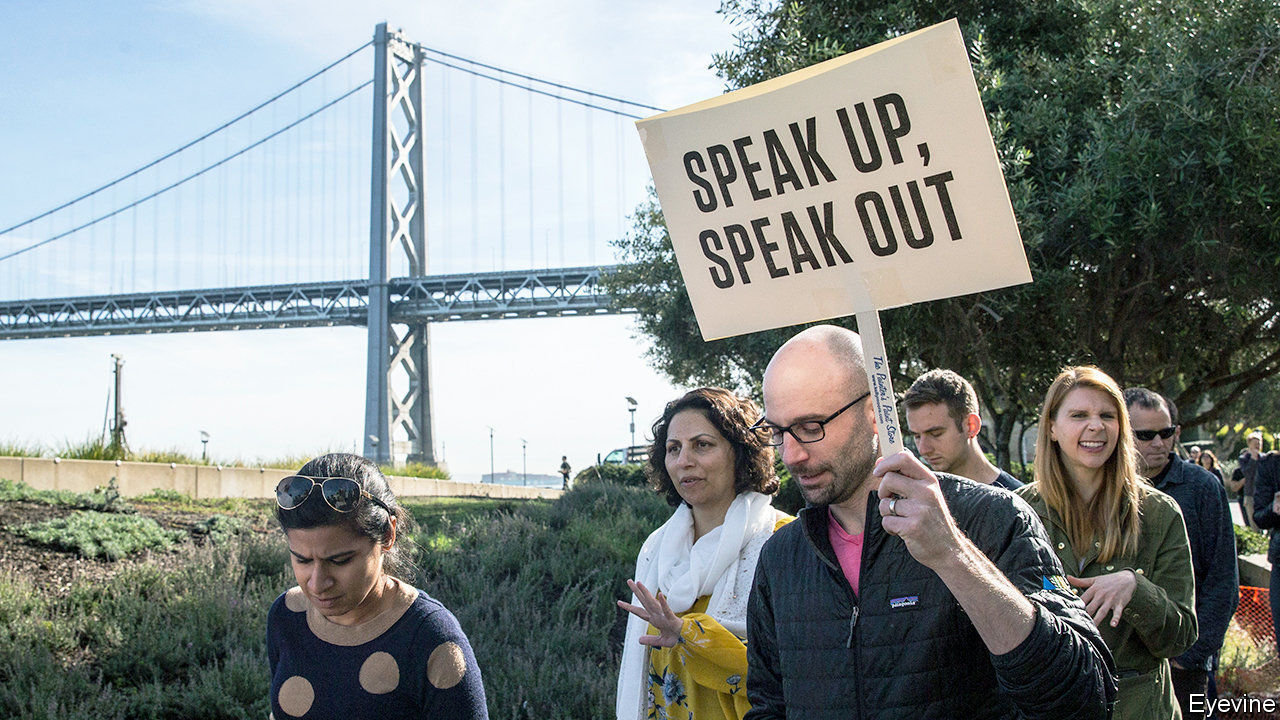 FOR DECADES America’s labour movement has been losing steam. Trade unions represent only 7% of private-sector workers. No significant piece of pro-union legislation has passed in recent years. Right-to-work laws, which undermine the clout of organised labour, have spread to 27 states. Now the union movement has been showing signs of life in, of all places, the technology industry.
Last month software engineers and other workers at Alphabet, Google’s parent company, announced a new Alphabet Workers Union (AWU), to “protect…workers, our global society, and our world”. The union has not sought official status but charges 1% of total compensation and has just collected the first round of dues from its 800 or so members—given their plush salaries, a good-size pot to spend on lawyers. And on February 8th union-eligible workers at an Amazon warehouse in Alabama were mailed 5,800 ballots. If a majority back the creation of a union by late March, the facility will become the e-commerce giant’s first unionised one in America.

Amazon’s and Alphabet’s unions seem worlds away. The warehouse staff hark back to labour’s blue-collar roots. The AWU looks to some as a vehicle for wokeness; it is certainly a rarity in computing (see chart). But the two strands of unionisation are interwoven. Google’s coddled coders are intent on improving…
Read More